How Many California Counties Use ‘Glitchy’ Dominion Voting System? 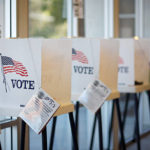 Across the country, recounts and legal challenges to vote results from November 3, 2020 Presidential Election are taking place in Wisconsin, Michigan, Pennsylvania, Georgia, Nevada and Arizona.

At issue in several states is the “glitchy” computer program in Michigan which turned 6,000 Trump votes into Biden votes in just one county, and was discovered in use in 47 Michigan counties.

That same computer system used in Michigan is also used in Georgia, in which the Secretary of State finally agreed to a hand recount after voting anomalies were discovered in the voting system.

Twitter has removed this Tweet by Kyle Becker, showing that Dominion Voting System is used in 30 states including the 7 states currently being challenged by the Trump campaign legal team:

The election software system in Michigan that switched 6,000 votes from Trump to Biden is called “Dominion.”

It is used in 30 states including:

Every single major swing state. EVERY. SINGLE. ONE. pic.twitter.com/R6s2RnVmEF

(American Thinker has the Tweet and several others from Becker)

Politico reported that a Georgia election official said the glitch that stopped voting in two counties was caused by a vendor uploading an update into their Dominion Voting system.

“Marcia Ridley of the Spalding County Board of Elections, had initially attributed the problem to a vendor’s 11th-hour update to the equipment. But log files for the devices — electronic poll books that poll workers use to sign in voters at precincts — show that no such update occurred to the devices the night before Election Day, Ridley said in a statement to POLITICO. However, she said she stands by her previous statements last week that a representative for the election technology vendor, Dominion Voting Systems, told her office that it had uploaded some kind of update the night before the election and that this had created the glitch.”

Ridley said she’s never seen them update anything the day before the election.

The American people need to know just how much cheating took place in the 2020 Presidential Election, regardless of the legitimate outcome, which is almost secondary at this point.

The left wants to keep this under wraps.

Even in California, which most of the rest of the country completely discounts as a leftist bastion and lost cause, cheating takes place and impacts national and congressional races, as California showed in the 2018 ballot harvesting slaughter, overturning 7 Republican congressional seats. California has been manipulating elections since before 2010, but has done so more brazenly in recent years.

In 2016, thousands of Republican and Democratic voters reported in the June 7, 2016 California Primary election they showed up at the polls across the state to discover their political party registrations had been changed, or dropped altogether… but only after they had received official sample ballots verifying their party registration in the mail. This only could have been done within the Secretary of State’s VoteCal system.

The Election Integrity Project found that most reported being re-registered “No Party Preference,” California’s version of “Decline to State.” Others said their registrations were dropped, or they received the wrong ballot, which in many cases prevented them from voting for President in the primary.

Back in 2018, Sacramento County excitedly announced it was moving to sending all registered voters a ballot in the mail, and would be using Dominion Voting Systems to process these newfangled ballots.

In 2019, San Francisco County announced it was switching to a new voting system in November “aimed at improving efficiency, security and transparency.”

KTVU San Francisco reported: “The new voting system is called ‘Democracy Suite’ and is made by Dominion Voting, a company that supplies voting systems throughout the nation. Voters will still receive a paper ballot and insert it into the new voting machines.”

Here is what Sacramento County had to say in their announcement:

Beginning with the June 2018 Primary Election, Sacramento County will be one of five counties in California to implement the Voter’s Choice Act (VCA). Voters will notice many positive changes this year, including new voting technology.

“This is one of the most exciting aspects of our new voting system,” said Sacramento County Registrar of Voters, Jill LaVine. “As the first election under the new Vote Center Model, these new touchscreen devices will help enhance and modernize the voting process and improve voter experience for voters with disabilities.”

“There’s no way to actually hack into the system from the internet, because it will never hook up to the internet. It’s impossible. And also there’s nothing in the equipment that would receive a wireless signal, so you couldn’t hack in using Wi-Fi or Bluetooth or something like that,” said Arntz.

How many of the congressional races in these 40 counties ended up with the unbelievably wide margins between Democrat incumbents and their Republican challengers, which California Globe reported on?

The 6th Congressional District in Sacramento, in which Rep. Doris Matsui (D-CA) never even campaigned, is one. Matsui beat her challenger Chris Bish:

Rep. Ami Bera’s 7th Congressional District is another, and Bera had no campaign to speak of against challenger Buzz Patterson. Bera beat Patterson:

As we reported, look at the wide margins in all of these California races – challengers didn’t even come close to the incumbents:

Does California need an audit of these 40 counties which use Dominion Voting System?

In Texas, Dominion Voting Systems was turned down THREE TIMES for certification in state elections. It listed numerous reasons why the system had major security issues.

Dominion is now linked to voting irregularities in both MI & GA.

from In Place | Protect Your Vote https://ift.tt/35HH4zj
How Many California Counties Use ‘Glitchy’ Dominion Voting System? published first on https://shoukhinsheiikh.wordpress.com/